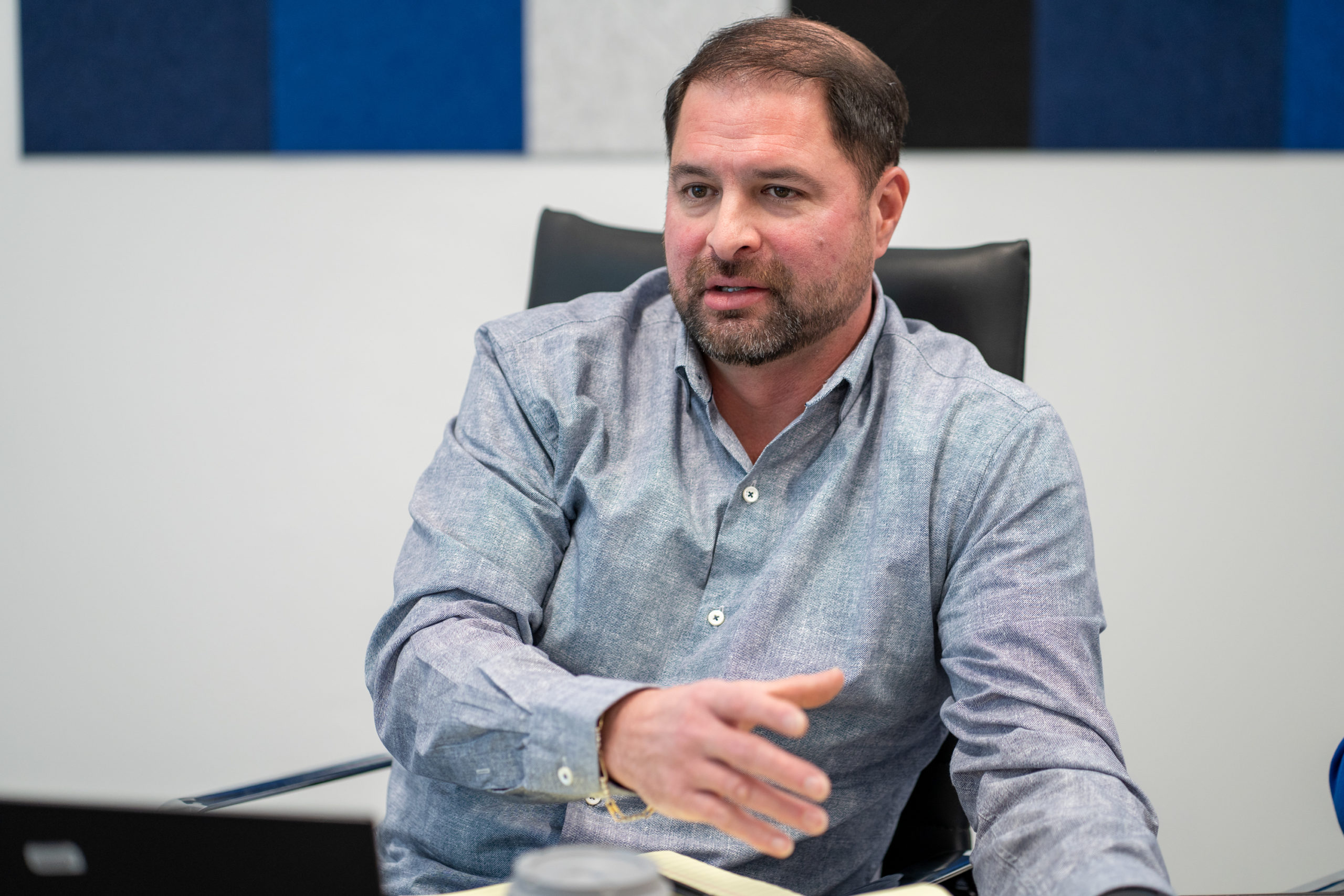 When the pandemic broke out in the U.S. earlier this year, many networking events had to cancel until further notice. Simultaneously, a Latino-owned business was finishing up its beta testing was getting ready to launch its mobile application (app) on the App Store and Google Play.

Larry Olivarez Jr. is one of the Latino co-founders of NCrowd—a smartphone app that helps business professionals create and maintain more profound and more efficient business connections. Moreover, it is the first Latino-owned professional networking smartphone app. “We are incredibly proud of that,” said Mr. Olivarez. He was born in Corpus Christi, Texas, and has Spanish heritage on his father’s side and Mexican legacy on his mother’s side. However, both sides of his family have been in Texas for five generations.

In addition to working at NCrowd, Mr. Olivarez is a Private Wealth Advisor. He was raised in a family that embraced knowledge, art, dance, music, sports, and emphasized the value of education, perseverance, and the honor that only hard work can provide.

NCrowd was born out of a frustration Larry’s cousin, Roland, had when he attended the wrong networking event and wanted to create an app to understand better who is attending which networking event best serves a person’s interest depending on who is attending. In 2016, they decided to go ahead with the idea to “create a technology that can help the next generation of young business professionals have a much better experience in Networking.”

In the past four years, they have reached some significant milestones with the help of their affiliates and users. For example, they were the official networking app of the United States Hispanic Chamber of Commerce (USHCC) National Convention in 2019 and were featured at the USHCC Legislative Summit in Washington, D.C. Moreover, they were also accepted into the Stanford Graduate School of Business LBAN Cohort for Latino owned tech startups in 2020 and currently are in talks to be featured at the United Nations General Assembly in New York, the World Economic Forum in Davos, Switzerland, and the Cannes Film Festival in France.

The NCrowd founding team was knowledgeable in finance, oil and gas, accounting, and law, but no technical experience. Therefore, one of their biggest challenges starting was not having that tech background to know how to develop the product. “We didn’t know what we didn’t know about starting a technology company,” Larry told us. “However, what we did know was that there was a huge unmet need for business professionals who network like us, so Priscilla, Roland, Craig, and I dedicated the last 3 1/2 years of our lives building a marketable smartphone app enterprise.” They spent countless hours watching YouTube videos, reading dozens of books, and researching numerous articles on the web to try to flatten their technological learning curve.

Finally, Mr. Olivarez shared with a lesson he wishes to share with fellow entrepreneurs: “Embrace the grind and don’t resent it. Don’t listen to the folks that constantly provide reasons why your dream can’t work. Fight for your dream, protect it and go, knowing there will be bumps, but they are all valuable parts of the journey.” In Larry’s case, he used his faith to stay rooted in his work and never lose sight that they could handle whatever outcome came their way.

To learn more about their up and coming product and technology, visit their www.ncrowd.com. Also, Larry has kindly offered his contact email for those interested in reaching out to him: LOlivarez@ncrowdme.com.